Creator's Homebase: Supercharge your Notion Use in 2022

I initially wanted to title this as “Finding a Notion Obsession Support Group” but the dictionary meaning of obsession is “preoccupy or fill the mind of (someone) continually and to a troubling extent.”. While I use Notion as the base of my activities, I wouldn’t say it’s to a troubling extent.

This is the start of a new series called: ‘Finding a Creator’s Homebase’, where I’ll showcase some (no code) tools I use to power my productivity.

Homebase: the place where someone or something usually lives, works, or operates from. You should start thinking of your online presence as your home base.

What are you using Notion for?

If you're not familiar with Notion, it is an all-in-one workspace for your notes, tasks, wikis, and databases. While there are other apps out there for todo lists, calendars, reminders, note-takers, etc, if you want to collaborate and sync data across teams, try Notion.

Just about everyone I know and worked with sent me this tweet:

Why?
I realized I was spending more time trying to increase productivity and efficiency, instead of actually doing the things I was trying to make more efficient.

Although it’s not clear from the original tweet what is meant by “spending more time trying to increase productivity and efficiency”, the basis of this point of view is the ‘lack of simplicity’ or too cumbersome for day-to-day use of Notion.

Notion is as simple as you make it, whether it’s your to-dos for the day or a page with notes that you need for longer. If you need to set out a simple daily to-do list but instead find yourself writing a lengthy post for each task, then you’re using Notion wrong.

Before getting on Notion, identify your use case, prioritize your work and the simplest way to achieve what is set out. If you don’t need a sub-page, table, kanban, relational database, or other Notion blocks, then you have no business setting that up or putting in more than necessary.

If you simply want to write and get it synced across all devices, start with an empty page and the basic blocks - text, page, to-do list, headings, simple table, bulleted list, numbered list, toggle list, quote, divider, link to page and callout.

This falls in line with a tweet - You don't need to make best productive template to organize yourself, instead you need a good productive system workflow - @heydrdev.

I think if used properly Notion is a powerful tool

A downside to thing collaborative productivity system is spending too much time trying to design the perfect UI by organising everything in detail. This can either be setting a light-weight CRM system or even a company wiki page to optimize a workflow that aligns with every member of the team.

For personal list, you might want to stick to Apple notes, another simple note taking tool or traditional pen and paper without doing too much.

Integrate other tools with Notion

If there are other integrations you’ve found useful, drop me a message and I’ll update this list.

I document all things product stories, MVP validation, and how designs, data and market trends connect to one another. 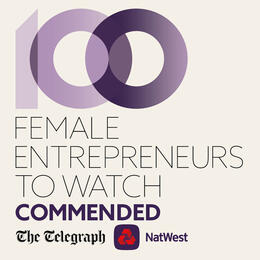 The future of low-code/no-code tools will make processes easier than ever before. The no-code movement rests on the central idea that technology shou... With so many no-code platforms to choose from out there, we’ve put together this list of the widely used tools no-code tools we recommend and use s...